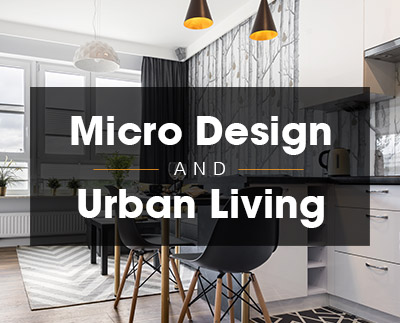 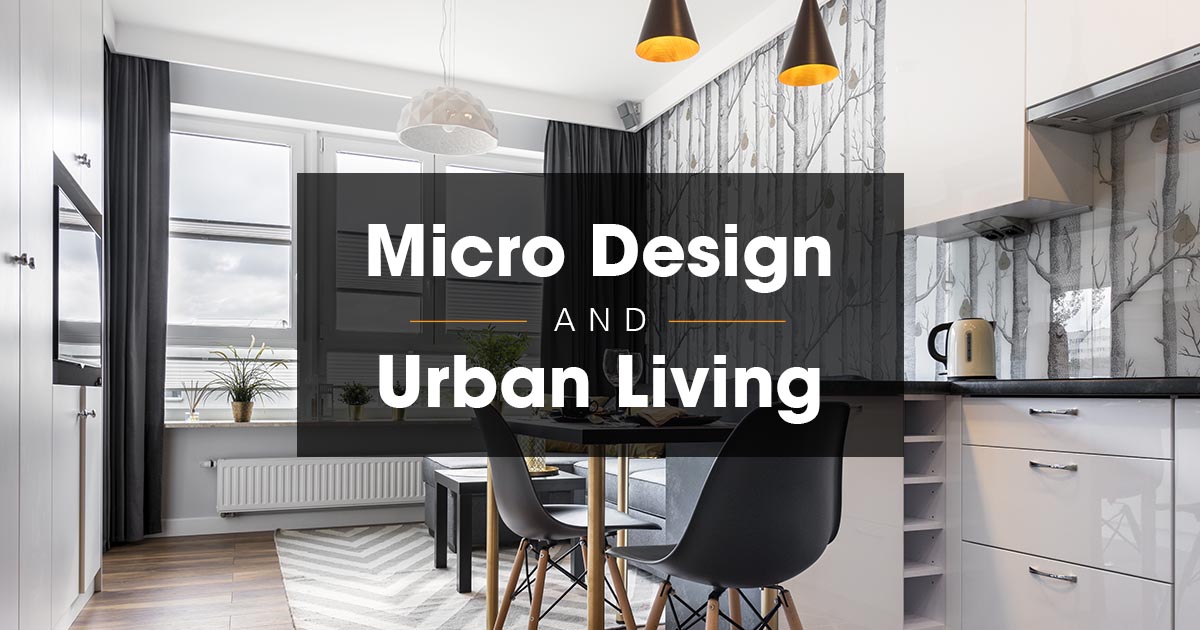 Micro home design is becoming more and more popular as many people are moving away from traditional housing and downsizing their square footage. Designers are being challenged to come up with creative ways to design smaller homes while still offering clients a beautiful and functional space.

The rules for designing micro homes and tiny apartments are different from those that apply to traditional homes. The space is limited and requires unique solutions to make the most of it. Every square inch counts and must be utilized to maximize functionality.

This eBook covers micro home design solutions and concepts that will help you cater to clients living a minimalist lifestyle.

People all over the world are moving away from rural areas and migrating to urban centers. According to the United Nations, approximately 55% of the world’s population now lives in cities vs. just 30% in 1950.

And the numbers are growing every year.

The more we move toward urban living, the more the issues of sustainability and housing arise. There isn’t enough space in urban areas to accommodate the growing population, which is why smaller, more affordable housing is becoming popular.

The small space living movement in not solely based on urban space shortages, however. It’s no secret that our planet is suffering due to the over-exploitation of its natural resources and rampant pollution, and many people are starting to realize that their living habits are negatively affecting the world around them.

Living in smaller spaces is not only more affordable, it’s also more sustainable.

Generally, only 40% of a big house is used to its full potential. Families spend most of their time in the kitchen, bathroom, bedroom and living room. Formal dining rooms, second living rooms and spare bedrooms are rarely used. 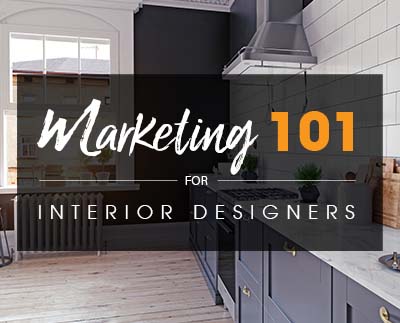